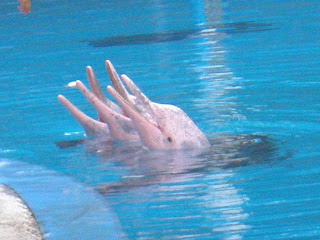 
by Marhalim Abas, The Malay Mail

PETALING JAYA: KD Tunku Abdul Rahman remains at the Teluk Sepanggar naval base in Sabah as problems have again resulted in the submarine being docked.

The Malay Mail was informed by defence industry sources that the unspecified problems were detected after the submarine completed its tropical water trials last month. A routine maintenance check later revealed the problems.

Since then, the submarine has remained at the naval base unfixed.

It is learnt although the vessel obtained its Initial Operational Capability (IOC), it may take longer to be declared fully operational.

However, the arrival of the second Perdana Menteri-class submarine, KD Tun Razak, on July 2, was a godsend for the crew of its sister ship, KD Tunku Abdul Rahman. The crew is expected to take over the second submarine during its mandatory tropical water trial.

Sources said this was necessary as the KD Tunku Abdul Rahman crew may lose their submariners rating if they remained on land.

In February, The Paper That Cares reported that KD Tunku Abdul Rahman suffered a technical defect that prevented it from diving for three months. The submarine started tropical water trials on Feb 20.

The Royal Malaysian Navy procured the two submarines for RM3.4 billion in 2002 from French/Spanish shipbuilders, DCNS and Navantia.
Dicatat oleh hanyar di 10:19 AM